NBC’s primetime Olympic broadcast was primarily focused on the PyeongChang Opening Ceremonies Friday, February 9, 2018, with little coverage actually dedicated to specific athletes and sports outside of the ceremonies.

Of the 12 minutes and 4 seconds NBC allotted to specific athletes and sports in primetime,* women received 76.24% of the coverage, compared to 21.69% for men and 2.07% for mixed pairs.

When mixed pair events are excluded, women received 77.86% of NBC’s coverage compared to 22.14% for men. 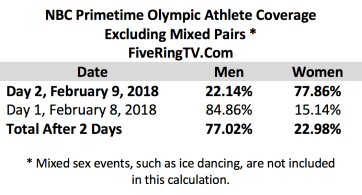 After two nights, NBC’s coverage has been primarily centered on male athletes, but that is expected to change on Saturday as the network will likely emphasize female figure skaters that evening.

Regular updates about NBC’s coverage of men and women athletes throughout the 2018 Winter Games will be posted on FiveRingTV.com. A mid-Olympic report, with complete sport-by-sport coverage breakdowns, will be issued on February 18. 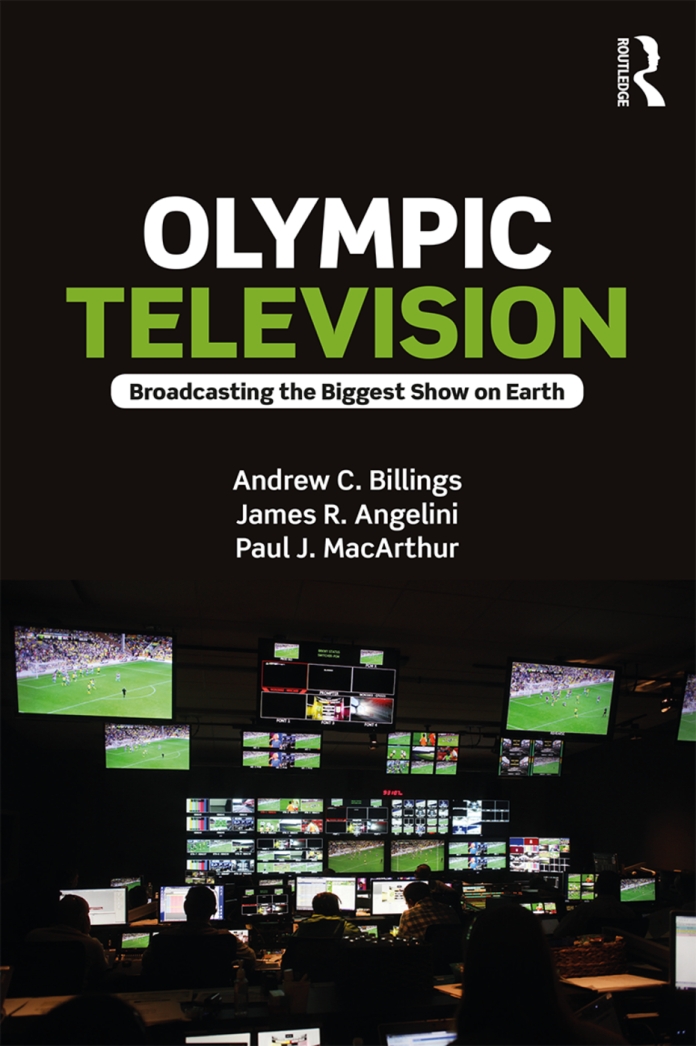